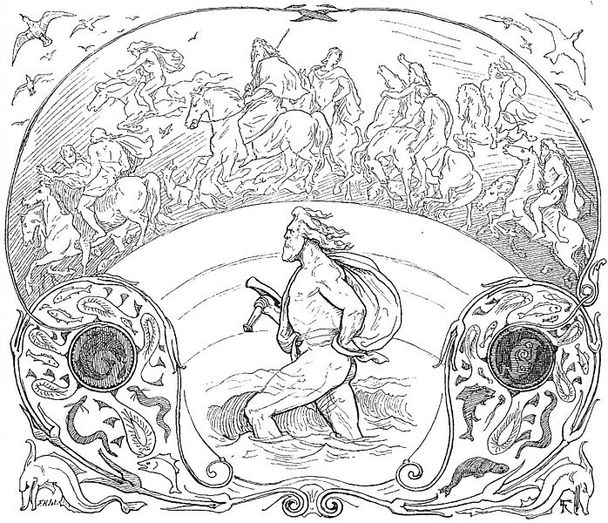 The gods of Asatru and Heathenry: The Aesir
The major division of the Germanic divinities is the distinction between the Ases (ON Æsir) and the Wans (ON Vanir). These are the two great tribes of divine beings, who differ both in origin and in character. The term “Æsir” was, however, used for all the gods and goddesses in general including the Wans, whereas “Vanir” was only applied to those who clearly fell into that specific category.
The Ases (Aesir) are clearly Indo-European, with relatively little admixture from other cultures. They are all descended from Wodan. The Ases include Thunar (Thor) and his children, Vídharr, Váli, Balder, and so forth. In the natural world, they are largely associated with air, sky, and fire; in the social world, with battle; in the world of the mind and soul, with consciousness. The Ases embody the forces of creation, particularly of conscious creation; they are gods of activity, strife, and positive change.
(Excerpt from the Asatru/Heathen book Teutonic Religion by Kveldulf Gundarsson. Used with permission. Click on book title to go to a website where you can purchase an e-copy of the entire book.)