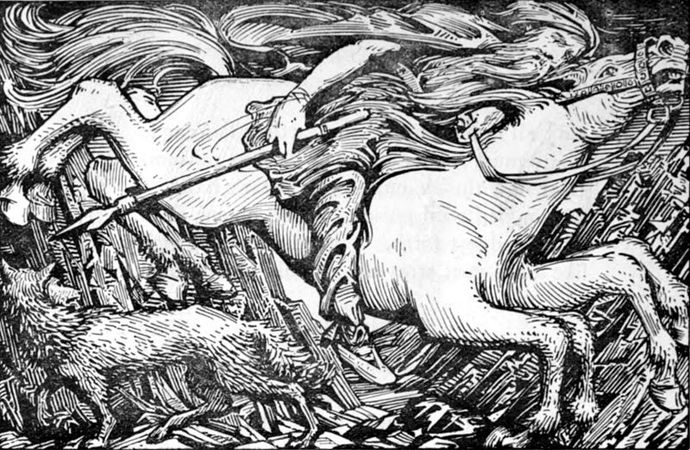 Odin riding Sleipnir.
Kveldulf Gundarsson (Stephan Grundy) is an Odinsman of many talents. He can craft a story, a song, a poem, or an exquisite piece of jewelry. He has written several novels, as well as his books on the history of and practice of Asatru, the Heathen religion. Although he was born in the United States, he has traveled and studied widely throughout western Europe, and received his PhD in Norse Studies from Cambridge University. He is an Elder in the international Asatru organization The Troth, where he holds the position of Warder of the Lore. Kveldulf Gundarsson lives with his family in Ireland.